John D. Unangst, President & CEO of Franklin Mint Federal Credit Union (FMFCU) and conceptualist of The Berenstain Bears Financial Literacy Program is fondly remembered as a visionary leader. John’s idea to initiate conversation with Berenstain Enterprises was the planted seed that continues to sprout. He knew such an exclusive relationship with such iconic children’s characters had unlimited potential for credit unions and that the relationship would be a marked differentiator for our industry.

The proof is in the numbers. Teachers FCU, Smithtown, NY, added 3,800 Cub Accounts with deposits of $4.7MM since adopting The Berenstain Bears in Q4 2016. They accomplished this with no formal advertising. Instead, they relied on fliers passed out at school visits, after school programs, and community events—which is exactly how John envisioned “leading with education.”

At FMFCU, the requests for financial education increase regularly. By all accounts, the CU’s relationship with the infamous Berenstain characters largely drives the increase across all age demographics. In 2017, FMFCU educators visited more than 5,400 students in grades K – 3 and hosted more than one hundred field trips attended by more than 4,300 children under the age of ten. On average, these numbers have increased by more than ten percent each year since FMFCU began building The Berenstain Bears Financial Literacy Program in 2013.

“The Berenstain Bears have made our credit union more visible in the community and among school districts in our footprint,” said Rick Durante, VP of Education. “Since 2013, we’ve added three student-operated high school branches, bringing our total to ten. We’ve also added several school districts as SEGs because of the classroom financial education courses we offer.”

Other credit unions using the program have had similar success stories. Synergy Federal Credit Union, San Antonio, TX, saw the number of new youth accounts triple during their first year of partnering with The Bears. Prior to adopting The Berenstain Bears, youth account openings were flat at O Bee Credit Union, Tumwater, WA. In less than a year, O Bee saw a 100% increase in new youth accounts. In their second year, O Bee added 1,100 new accounts and dedicated an employee to manage the program. PrimeTrust Federal Credit Union, Muncie, IN, is entering its second year in the program and has enjoyed remarkable PR, membership growth, and household engagement. At least five loans could be directly traced to relationships formed with parents or relatives of Cub Account holders.

While John was proud to hear about these and many other success stories, he was always cognizant of the need to keep this program growing in scope so that every U.S. citizen would have the ability to join a Berenstain Bears affiliated credit union near them, and that the program would exceed their needs and expectations.

“Through our interactions with hundreds of credit unions, we learned that many were using this classic title in their financial literacy efforts just as FMFCU did prior to the exclusive credit union relationship with Berenstain Enterprises,” Durante said. “So it just made sense that any credit unions using this title have the credit union edition, in which all bank references and graphics are replaced with credit union.”

John’s untimely passing in January devastated FMFCU and the credit union industry but his vision will continue to be the driving force behind Credit Union Network for Financial Literacy’s mission to enhance financial education and bolster credit union membership within the communities we serve. 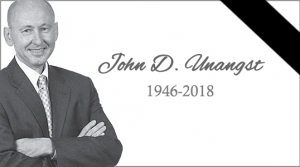